No Result
View All Result
Advertise with us

No Result
View All Result

Comedic actor Norm MacDonald has passed away from a private battle with cancer. The “Saturday Night Live” veteran’s manager, Marc Gurvitz, confirmed he died on Tuesday, Sept. 14, 2021. He was 61 years old.

His longtime friend and producing partner, Lori Jo Hoekstra, stated that MacDonald privately battled his cancer for almost a decade. For nine years, the comedian kept his diagnosis a secret.

Hoekstra said that he was “proud of his comedy” and did not want his “diagnosis to affect the way the audience or any of his loved ones saw him.”

Norm was a pure comic. He once wrote that ‘a joke should catch someone by surprise, it should never pander.’ 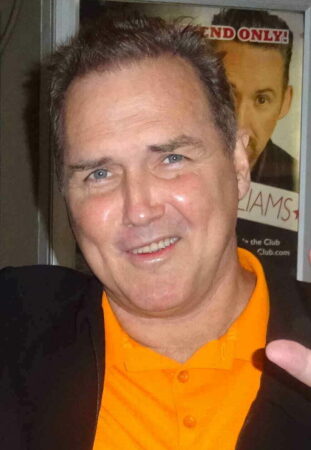 He was born in Québec, Canada on Oct. 17, 1959. MacDonald started his career with stand-up comedy. His gigs spanned across Montreal and Ottawa, Ontario.

In 1988, he married Connie Vaillancourt. The couple had one child — Dylan Lloyd MacDonald — together before they divorced in 1996.

In the early 1990s, he got his first break when he started writing for the popular ABC show “Rosanne.” He was also a writer for “The Dennis Miller Show.” Lorne Michaels took notice of his stand-up comedy and hired him to work on the show “Saturday Night Live” in 1993.

He gained fandom when he became the “Weekend Update” anchor on the show. His trademark catchphrase was “Now the fake news.”

MacDonald’s last weekend update was on Dec. 13, 1997, when the president of NBC on the west coast, Don Ohlmeyer, fired him.

A few days later he appeared on the “Late Show with David Letterman.” During his interview, MacDonald told Letterman that the NBC executives fired him because they did not think he was funny.

He appeared in many of Adam Sandler and Rob Snyder’s movies. Such as, “Billy Madison,” “Grown Ups,” “Deuce Bigalow Male Gigolo,” and “Animal.” MacDonald also co-starred in the movie “Screwed” alongside Dave Chappelle. He was also in “Dirty Works.”

He also appeared in many TV shows like “My Name is Earl,” “The Drew Carey Show,” and his own show “Norm.” Macdonald also voiced characters on animated series like “Fairly Odd Parents” and “Family Guy.”

Many people were saddened by his death. Some took to social media to pay tribute to the late comedian.

Kristy Swanson tweeted, “I love Norm for his incredible gifts, his strong voice, and his sparkling eyes that had a smile of their own. We will miss you pal, we will never forget you. Rest in love and peace.”

Colin Cowherd posted on Twitter, “Remarkable how many people mentioned Norm Macdonald’s death to me today. Young, older, guys, women, so many people. Hope he realized how loved he was. What a pure and honest talent.”

The comedy legend will be greatly missed. He is survived by his family, son, and many friends. May he rest in peace.

No Result
View All Result

Support independent local journalism by subscribing to the Chicago Leader print
and digital publication for just $15 a year.